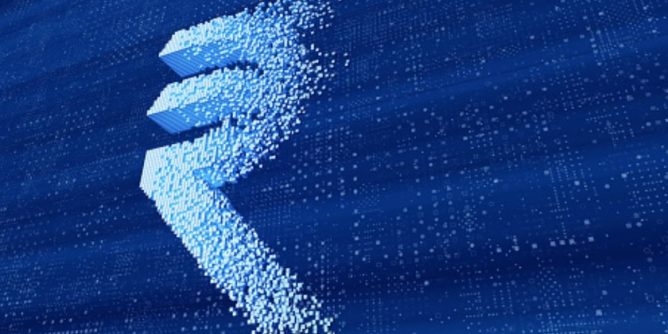 A central bank digital currency (CBDC) is a type of electronic money issued by the central bank of a nation. CBDCs are under the complete rule of the governing body of that country, which differently from cryptocurrency, makes CBDC dependent on a centralized power. That’s why it is often referred to as “digital fiat currency.”

According to the RBI, CBDC is currency that exists digitally and is issued by a central bank. It can be traded one-for-one with regular currency, and its value is equivalent to fiat currency. The only distinction is its form.

Although 2020 has been a crypto roller coaster, some assets have weathered the market better than others. Decentralized virtual currencies, or CBDCs, are one type that has held its value quite well. Based off of Bitcoin’s success, these tokens were created by governments and therefore boast the status of “legal currency.”

At present, CBDCs are mostly still in the hypothetical stage, with some being trialed through proof-of-concept stages. More than 80 central banks worldwide are contemplating digital currencies. China was the first to issue a digital currency for general use by its population when it launched the digital RMB. India’s central bank has now followed suit by issuing its own CBDC – Digital Rupee.

CBDCs allow users to conduct transactions without the use of a third party, such as a bank. This makes domestic and international transactions much easier.

The potential benefits of CBDC are many, including a decreased need for cash, increased seigniorage (government-issued currency profit), lower transaction costs, and reduced settlement risk. In sum, CBDC has the potential to create a more reliable, efficient , dependable , regulated form of payment based on legal tender