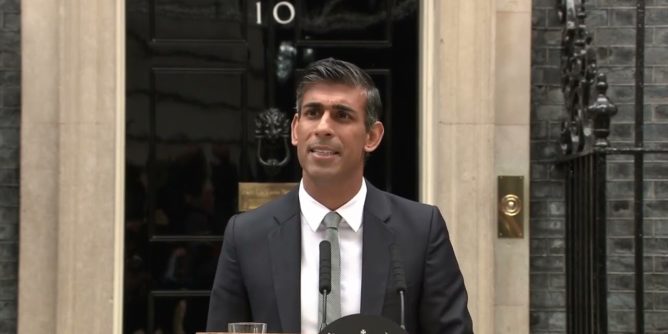 Last week, Britain’s acting Prime Minister Liss Truss announced her resignation 45 days into the office. As per the latest developments, Britain’s former chancellor Rishi Sunak will likely take charge. In his recent tweet, Sunak announced that he would do everything in his capacity to protect UK’s ailing economy. Rishi Sunak wrote:

The United Kingdom is a great country but we face a profound economic crisis. That’s why I am standing to be Leader of the Conservative Party and your next Prime Minister. I want to fix our economy, unite our Party and deliver for our country.

The British Conservative Party has not yet arrived at a final decision, with former PM Boris Jhonson back in the running. In his draft message, Sunak says that the “opportunities” ahead are phenomenal; however, the pro-crypto PM candidate hasn’t spoken about what exact opportunities he sees for fixing Britain’s broken economy.

Although Sunak’s appointment as PM might make some people in the office uneasy, it could be good news for those who dabble in cryptocurrencies. In the past, he has been vocal about his support of crypto innovation and Britain leading the way to economic freedom.

In April, Rishi Sunka suggested a few key steps to make the UK the leading location for crypto assets technology. The British government has already implemented policies that will assist businesses “invest, innovate, and scale up” in relation to cryptos.

If Rishi Sunka adheres to his plans, we can anticipate more regulatory direction in this arena. As Coinbase and other large crypto companies have recently done, opening up crypto policies could incentivize more firms to establish their business in the UK.

“We want businesses to thrive in the UK, and by regulating effectively we can give them the confidence they need to think and invest long-term,” said Sunak.